How To Charge The Right Price In 3 Simple Steps

“How much should I charge?”

It’s the dreaded question many businesses fear. They put so much time and money into developing a great product or service. Now they’re ready to unleash it on the world.

But how much will people be willing to pay for it? How can they make sure they’re charging the right amount without leaving money on the table? 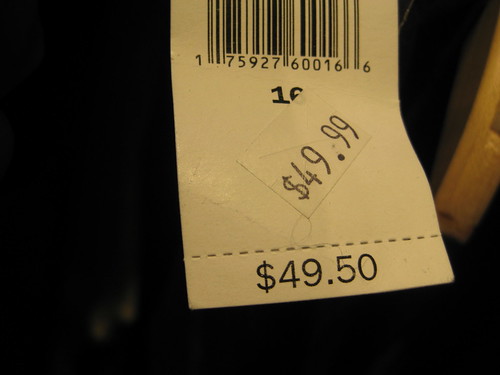 Why Most Businesses Mess up Pricing

Plenty of businesses just check what their competitors are charging, pick a number that sounds reasonable, and slap on a price tag. If they don’t sell as well as they hope, they slash the price or offer a special promotion.

They’re guided by reaction and intuition instead of proactive, strategic thinking. And many don’t even bother to test different price points, or they do it ineffectively.

You Can Stack the Odds in Your Favor

Setting the best price is part science and part art.

Your prospects’ innate perception of your product or service’s value partially determines their opinion of the “right price.” But the price itself also influences their perception.

Just because pricing isn’t an exact science doesn’t mean you can’t stack the odds of finding a great price in your favor.

Here’s how to do it:

Unless you’re the Walmart of your niche and competing on rock bottom prices, price is alwaysflexible. You can price strategically to grow your online business.

A lot of businesses set prices based on what they think is reasonable. That causes them to leave money on the table.

In some cases, charging multiple times more than what you think is reasonable can actuallyincrease your number of sales, revenue, or both.

In his book Influence, Robert Cialdini tells the story of a woman selling jewelry. She meant to half the price of some turquoise necklaces, but doubled it accidentally. The necklaces, underperformers until then, flew off the shelves at the higher price point.

Charging a premium rate might maximize your revenue upfront, but it might not be the best way to grow your business long-term.

Consider setting a price point to focus on acquiring the most possible customers. You might not make as much money now, but you could make exponentially more over time, especially if you operate a recurring revenue model.

Marketing Experiments discussed a book pricing case study. Notice how the last column brought in the most revenue, but the $14 price brought in more orders.

Maybe you just want to make as much as you can right away; that’s fine. The key is to have a goal in mind and make a conscious decision before you set the price.

With a strategy in place, you probably have a price range in mind. But how do you narrow that range down and decide on a specific number?

It helps to know a few psychology hacks that make people more receptive to buy:

“Anchoring” sets the tone of the price conversation. It creates a reference point prospects use to value your product or service.

Jobs planted a seed in people’s minds. By setting a $999 anchor, he made the iPad seem like a bargain instead of a rip off.

Check out how 37signals sets a $3,000 anchor for their Basecamp plans: You can do this by offering a high-end product or service to make your lower priced options seem more attractive. And a bonus: some people will actually want the premium option and pay good money for it.

A 2005 study showed that humans favor the left-most digit when judging numerical differences; the difference between $3.99 and $6 seems like a lot more to us than $4 and $6.

It’s strange we have such a hard time mentally “rounding up,” even though logic tells us that “$3.99” is pretty much the same as “$4.” But you can take advantage of it.

People Worry about “Dollars” and “$” Symbols

You’ve probably been to a nice restaurant that cuts off the “$” signs and doesn’t use the term “dollars” on the menus. There’s a reason for that, and it has nothing to do with being classy…

A 2009 Cornell University study found that people spent significantly less in restaurants when menus used the word “dollars” or “$” symbols. Not using them gets people to focus on the value of that they’re getting instead of the monetary cost.

Be Careful When Comparing Yourself to Competitors

If you’re selling something for less money than your top competitors, your instincts might tell you to share that with your prospects.

But maybe you should hold off.

Saying something like,”$50 less than Acme Corporation” can backfire. What if Acme has been around longer than you? What if your prospects know Acme better? They might go with the more expensive option because they think it’s less risky.

Think carefully about whether or not you should do this; you might just drive people away.

Hopefully you’ve picked your price strategically and decided on a number that uses psychology to maximize your chances of success.

But that’s not the end of the story; you can and should test your initial price point to see if others perform better.

Testing different price points isn’t as simple as split-testing headlines. If you offer your product or service at two different prices at the same time, you put yourself on dangerous ground.

What happens when customers who paid more for the product find out others got it for less?They get mad and spread the word on social media. Word gets around, and you create a PR nightmare.

This backfired on several companies, including Dell and Amazon. It’s an ethically gray area, so you’re better off staying away from this approach.

One way is to feature two different price points at the same time for only marginally different offers. Offering a slightly better deal keeps everyone happy, avoids bad PR, and still lets you find out what you need to know.

Visual Website Optimizer shows how to do it. The difference? Only 5gb in storage. Another way is to run your first price point for a while and change it after a few months. This isn’t perfect, as consumer preferences fluctuate over time, but you can still get a good idea of which price works better for you.

Don’t copy your competitors by pricing your product or service like they do. Most of them just go with their instincts, and they never test their assumptions.

You can do better. You can optimize your pricing with psychology, strategic thinking, and smart tests.

What about pricing do you struggle with the most? Leave us a comment below and let us know! Corey Pemberton is a copywriter and marketer who helps businesses get more traffic and conversions online. He loves travel, fitness, live music, and anything and everything outdoors. You can find him on his website or follow him on Twitter.

About the Author: Corey Pemberton

Corey Pemberton is a copywriter and marketer who helps businesses get more traffic and conversions online. He loves travel, fitness, live music, and anything and everything outdoors. You can find him on his website or follow him on Twitter.